Known as the most beautiful snow ridge in the Alps, the Biancograt is the dream of many mountaineers. Elegant, aesthetic and aerial, this ridge leads to the summit of Pizzo Bernina, a remarkable climb that will not disappoint eager mountaineers!

from June to September

The Biancograt is a demanding route that requires excellent shape, endurance and concentration. Given the exposure with rock passages up to 3+ it requires sure footing, familiarity and safe maneuvering on challenging snow terrains, with correct use of technical equipment such as crampons and rope. 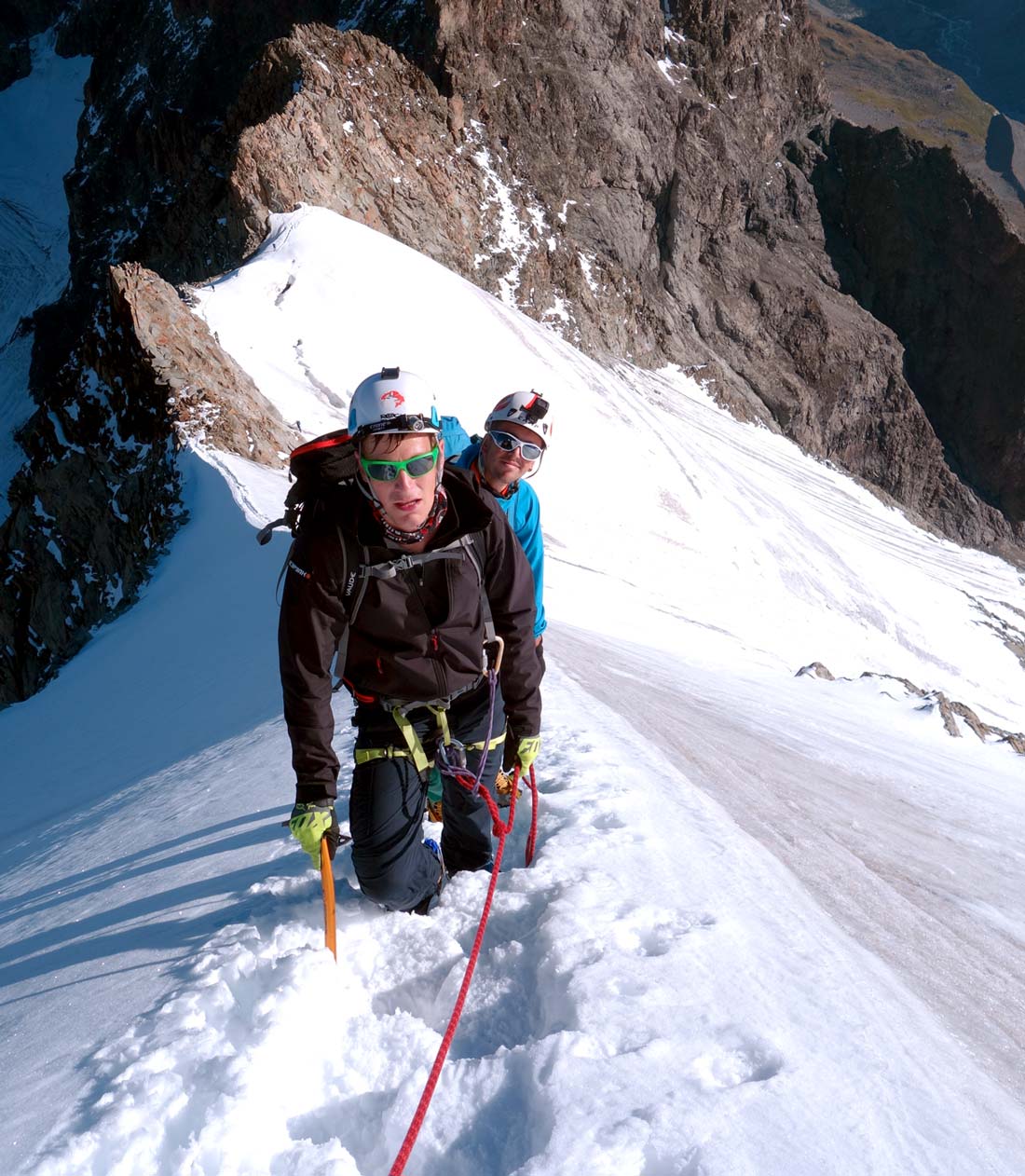 The ascent of the Biancograt

From the town of Pontresina, Switzerland, we’ll make our way along Val Roseg on board of a horse-drawn carriage, saving a 7 km "walk" to the Roseg Hotel (1999 m), the starting point of our hike. In a couple of hours’ walk we will reach the Tsherva hut (2583 m) and rest for the night.

The following day we’ll set off early, and begin walking on a scree slope to Forcella Prievlusa  from where the real ascent of Biancograt begins. The ascent of this spectacular ridge is mostly done along its edge. On reaching the first peak, Pizzo Bianco (3995 m), we’ll progress along a series of up and downs on rocks and snow, some of which entail abseiling down and climbing up sections of II and III degree difficulty. This demanding section will allow us to overcome two rock spires, en route to the summit. The next section is easy, with short pitches that will eventually lead us to the summit of Piz Bernina (4050m), after a total of 7hrs ascent surrounded by stunning views.

We’ll descend along the normal route on the Italian side, on a fun, exposed stretch of down climbing and abseils, leading to the Morterasch glacier. We’ll continue crossing snowfields and gravel until we’ll reach the road to Morterasch station, where we’ll board the train back to Pontresina.

Each Guide can take a maximum of 2 people

Included in the fee: the Guide service, the rental of technical equipment necessary for the activity (helmet, harness, ice-ax, crampons).

Not included in the fee: travel expenses, 1 night accommodation on half board basis (approx €50 per person), guide expenses, personal expenses, train and horse-drawn carriage rides, and anything not mentioned in "included".

Should you require specific gear please let us know, we will do our best to help you.